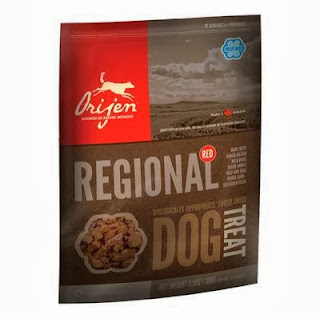 Thanks to Chewy.com for providing the hounds with some yummy treats to sample!  This time around I chose Orijen Regional Red Freeze Dried Dog Treats.  These treats are made from wild boar, lamb and beef.  No other ingredients.  Made without preservatives, these treats are grain-free as well as low calorie.  Each high-protein treat only has 5 calories. 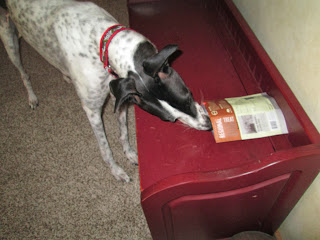 At first I wasn't sure that Bowser and Sadie would like them.  Being freeze dried, they do have a bit of a different texture to them.  So I sat the bag down to try to get a picture and Bowser was trying to get IN the bag! 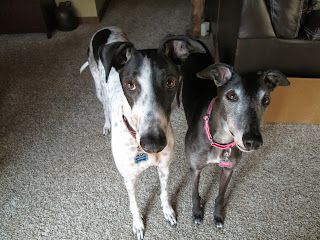 Awww, look how nice they are posing!  It's amazing what happens when you put a treat on tope of your head!  Otherwise, they would not look up at me.  I would say these Orijen Regional Red Treats get a paws up rating from the hounds here!
Posted by Mad Red Hare at 1:23 PM 3 comments:

Bill Russell found his forever home.  This guy is such a sweetheart.  If we hadn't already adopted Bowser, I would have snagged him up myself.  But, someone else needed him more than we did. 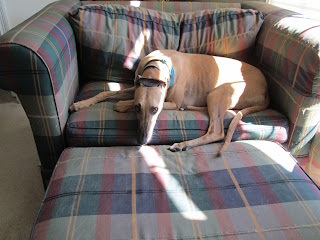 Bill has got this super big comfy chair that he sleeps in at night. 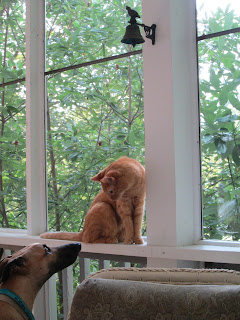 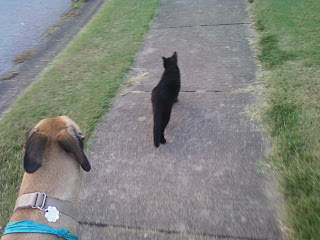 Here is Bill with his new brother, Ulrick.  Some of you may remember that Ulrick was a foster of mine as well.  You can read his story here. 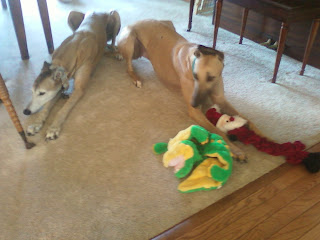 Right after they decided to give Bill a try at their house, they had to help move their grandson to college.  I volunteered to house/dog sit for them so they didn't have to upset their routine.  Here is Bill asleep with his head in my lap.  He is a sweet boy. 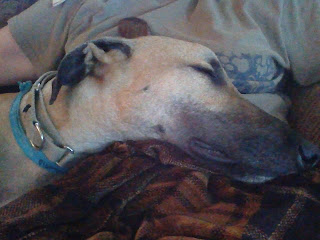 Ulrick lost his brother, Mo, to osteo.  They were devastated.  Ulrick started showing signs of depression.  He wasn't eating or playing like he normally did.  He needed a buddy. 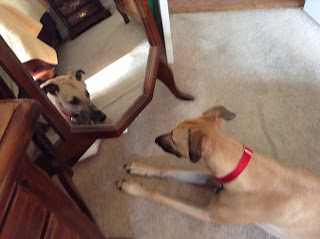 Bill is wondering who that handsome boy in the mirror is!  Here's to hoping Bill will bring them some much needed joy in their lives.
Posted by Mad Red Hare at 6:15 AM 8 comments: