to Hawaii that is! Just got back from the vet and Jax has his Certificate of Health! Let the countdown begin! 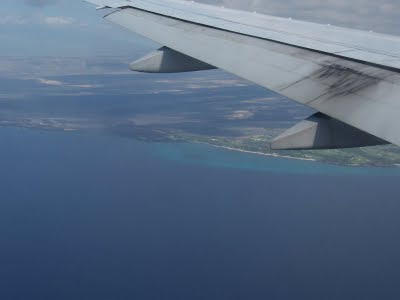 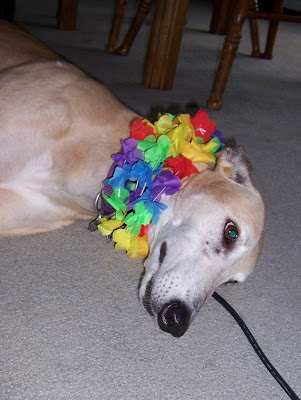 After many months, I never thought this day would come. Jax has a plane reservation on April 30th. I was going to try for this weekend, but with the holidays, I just wasn't comfortable putting him on a plane.

It is kind of bittersweet after everything that we have been through, but it is time for him to go. Actually it has been time for a while now. The rest of the family made it Honolulu and they have a house with a fenced in yard.

I have been a nervous wreck trying to make all the preparations for him to go. Being that he has to go in the giant kennel, not every plane can take that type of cargo. I will make the 5 1/2 hour drive to Chicago to get him on the plane though. He will leave Chicago at 9:00 a.m. on April 30th and arrive in Honolulu at 5:50 p.m. the same day. Because the Department of Agriculture is gone when his plane arrives, he will have to stay in the kennel at the airport. His family can pick him up first thing Sunday morning.

Now keep your paws crossed that we can get our Certificate of Health on Monday! Be thinking of me as I make the trek north and send him on his way!
Posted by Mad Red Hare at 4:02 PM 4 comments:

With the nice weather today, I took the opportunity to have my daughter take some photos of me with the pups. Tom on the left, Sadie in the middle, and foster dog Buddy on the right. Oh yeah, I'm the the 2-legged one! 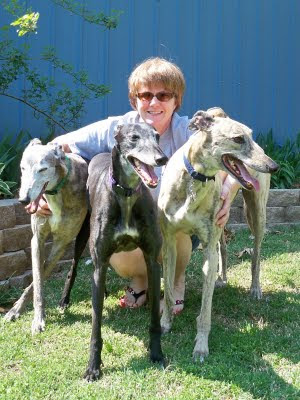 Normally, I don't just blow money on frivolous things, but I couldn't resist. I have a Honda Odyssey van and I have played around with the thought of getting a personalized plate for a while now. Every year for the past 2 years when it comes time for plate renewal I see if this is available, and it has been. So this year, I decided this was my present to myself for working 2 jobs for the past 6 months. While I am working the same amount of hours now, it will be at one job. Plus no evenings or weekends, so more time for the hounds! I know it's kind of silly... 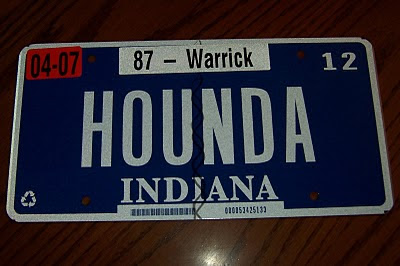