We had the privilege of doing a review this month for chewy.com.  We chose Newman's Own Organic Cheese Formula Treats.  Any pup can always use a treat or three! 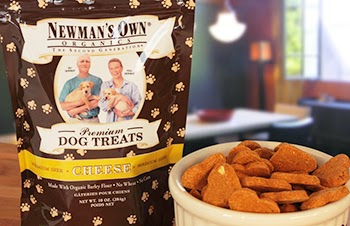 Newman's Own Organics Cheese Formula Medium Size Dog Treat, 10-oz bag
Newman's Own Organics takes premium treats one step further by offering dog treats made with natural and organic ingredients that are high in protein, naturally preserved and contain no wheat or corn, no artificial colors or flavor enhancers, and are free of added hormones, antibiotics and chemical additives.  These treats are suitable for all life stages, have high palatability, made with natural and organic ingredients.  Re-sealable pouch to keep freshness, no wheat or corn and no artificial flavors, colors or preservatives. 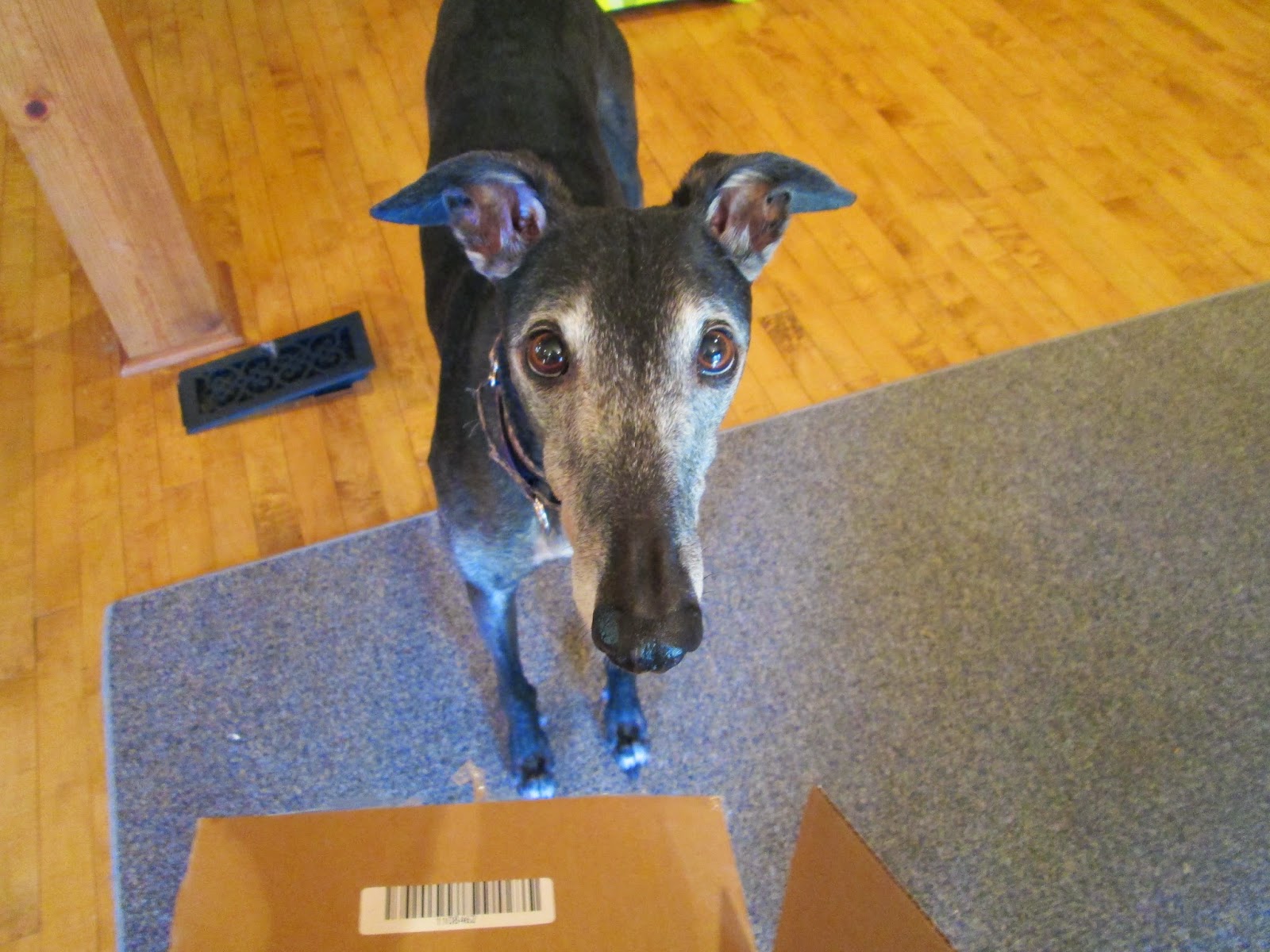 Oh!  A box from chewy.com.  It must contain goodies for us, right? 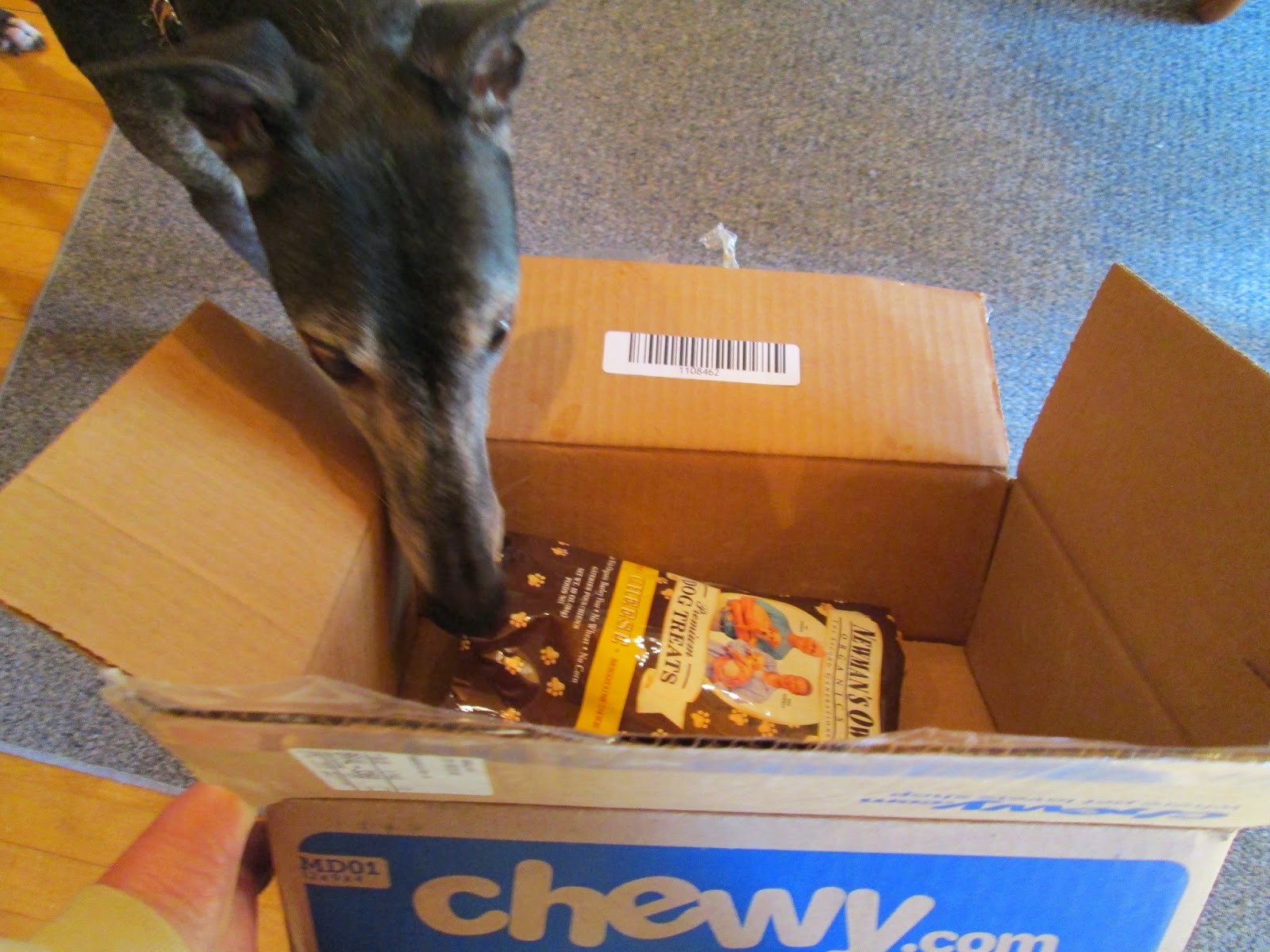 Sadie wants to sniff it before anyone else tastes them.  You know, quality control! 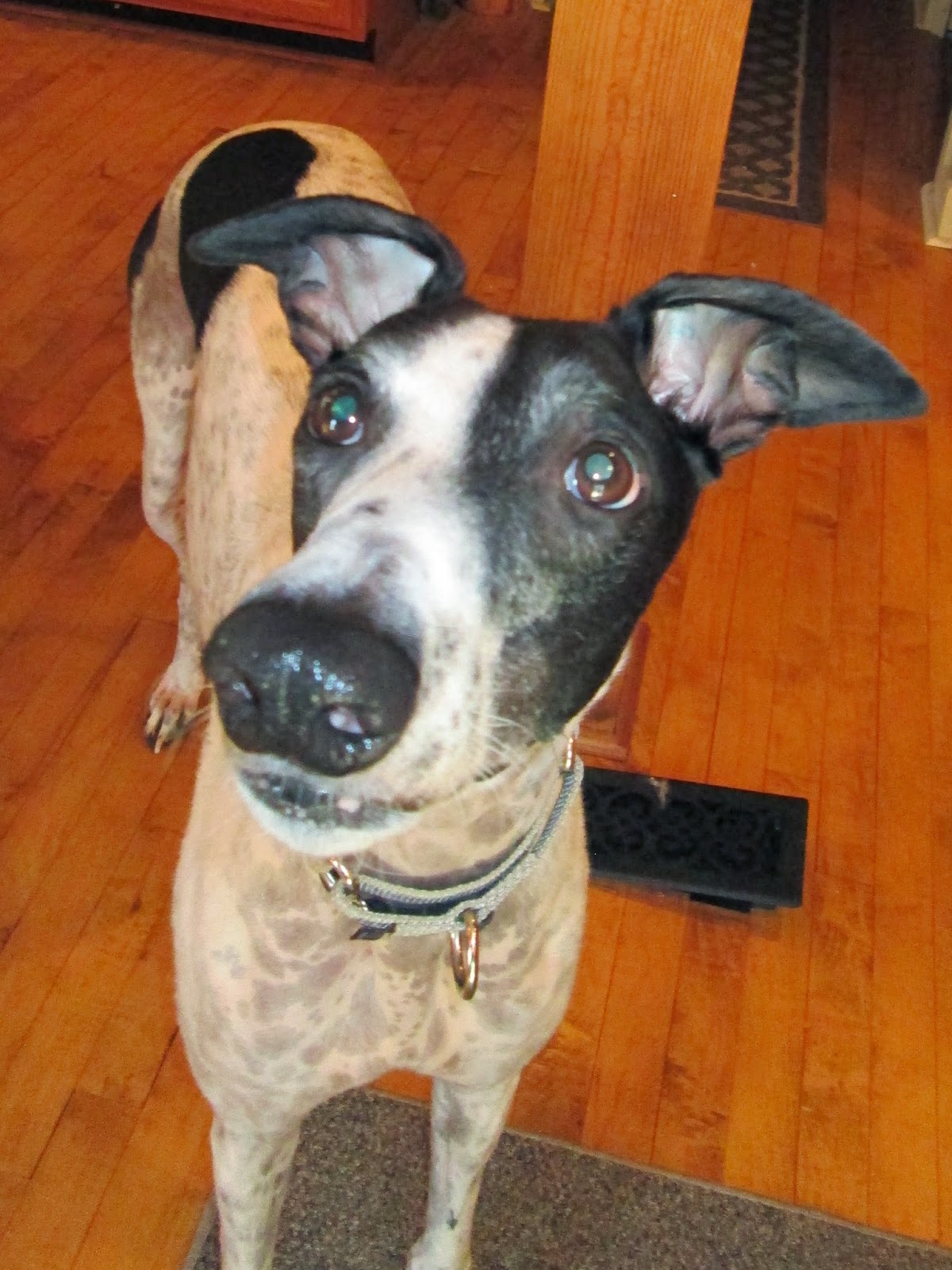 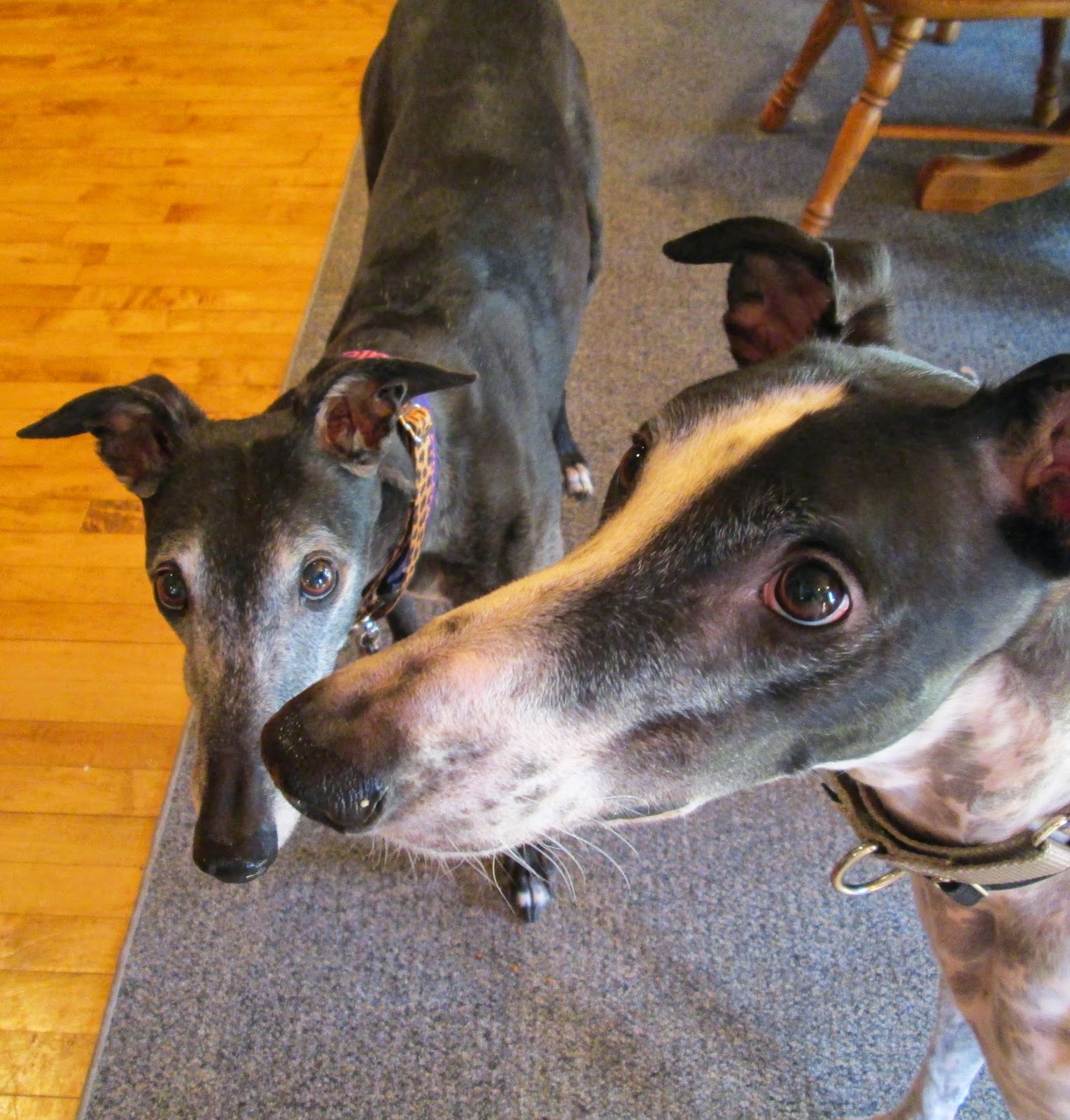 They must be quite tasty, they are both looking for more! 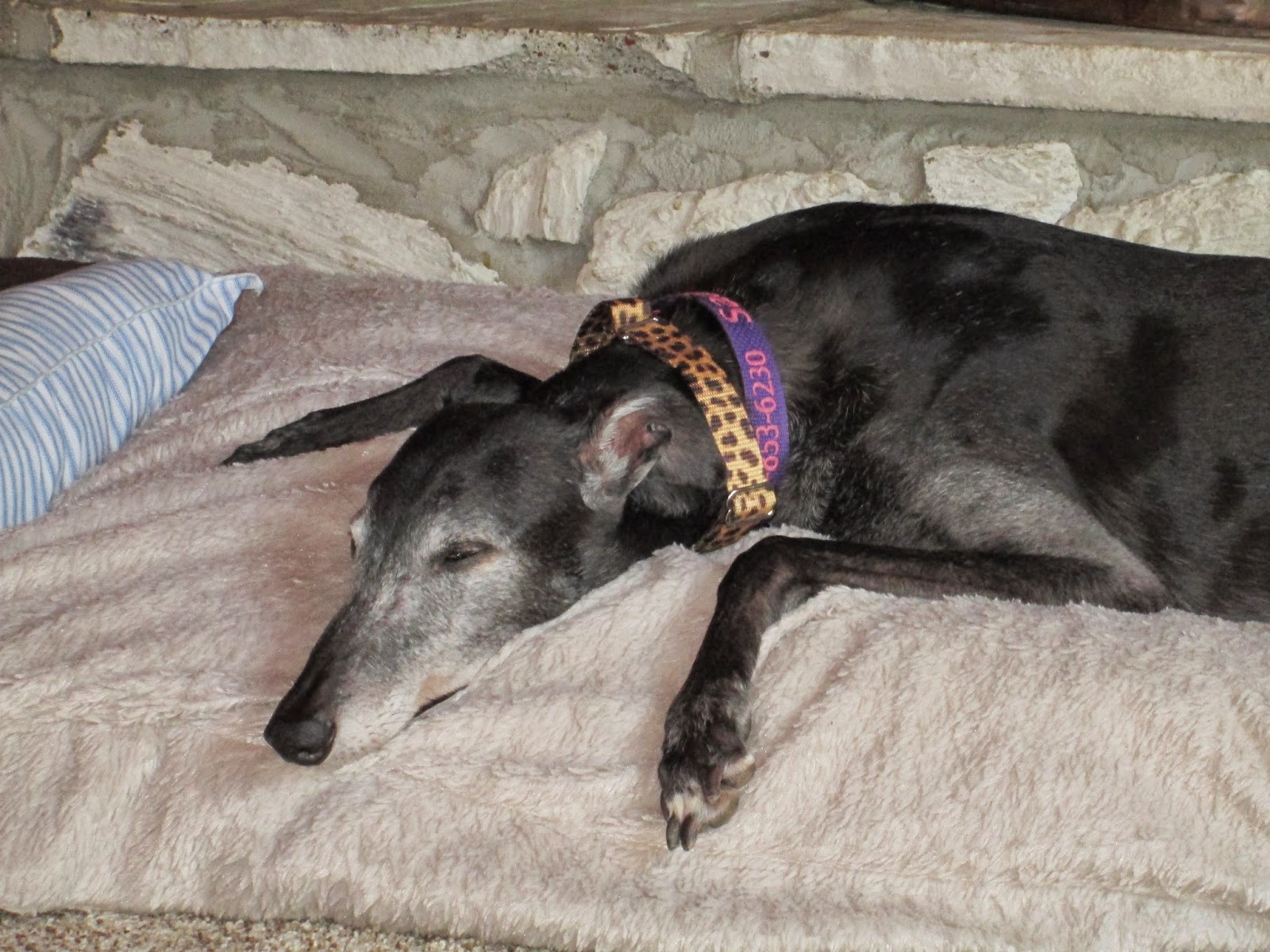 As we all know, treat inspecting is hard work.  It's nap time now! 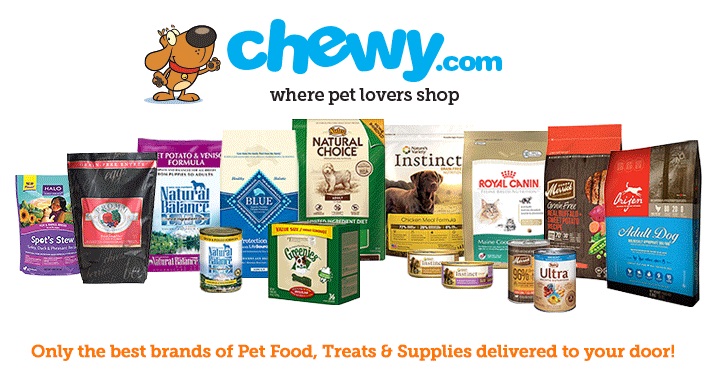 No, I haven't failed fostering again.  At least this time.  On the eve of Clareese going to a new "potential" home, I have once again thought of these words.

I would be lying if I said I didn't want to keep Clareese.  The thought has crossed my mind so many times.  She's a quirky little girl, just like her brother in many ways.  However, I still am not sure our home is the right one for her.

Some may remember that back in April, we thought Clareese was going to a new forever home.  However, after about a month, the family decided it wasn't the right time to adopt.  We were in the middle of wedding preparation at that time, but I told our President that as soon as we got back home, she could come back here.  Clareese arrived here as a foster for the first time on October 5, 2013.

I always describe being a foster family as helping bridge the gap from the track to home and retirement.  Teaching them about the world outside of racing and things they have never encountered before.  Most have never seen televisions, glass doors, stairs, ceiling fans, cats or a couch, just to name a few.  So for days, weeks and sometimes months (like almost 12) my family and I work to get hounds used to home life.

Not to pat myself on the back or anything, but I think we've done a pretty good job with Clareese.  She learned the stairs within 24 hours, tolerates the cats well, absolutely loves the couch and has learned that my husband isn't such a bad guy after all.  Which is a good thing because her new dad absolute adores her.

So if I would have failed fostering with Clareese, who would I be failing?  Myself, Clareese, her potential family?  While I feel like I didn't fail this time, if she crosses through our door again, she's never leaving again.